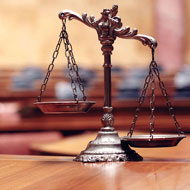 Their client, Terry Rohm, was 75 years old, a key point for defense attorneys, who introduced Rohm’s reduced life expectancy in an effort to limit liability.

But for Hannon and Moss, much of the litigation strategy hinged on depicting Rohm to the jury as a vibrant, independent woman who was living a full life until a car crash left her unable to care for herself.

“All that came to an end on the day of the accident,” Moss said.

The approach succeeded, and jurors held the defendants Castle Builders of Miami Inc. and its driver, Harry Housen, 95 percent responsible for the collision that will likely leave Rohm confined to an assisted-living facility for the rest of her life.

“They would have liked to have the jury believe that she was going to end up having to live in some of sort of assisted-living facility anyway because of her age,” Hannon said. “At 75 years old, that sort of makes the result look all the better really.”

The jury awarded Rohm nearly $947,260 for past medical expenses; more than $630,824 for future health care; $1.5 million for pain, suffering, disability, physical impairment, disfigurement, mental anguish, inconvenience, aggravation of a disease or physical defect and loss of capacity for the enjoyment of life sustained in the past; and $2 million for future pain and suffering.

Rohm is a retired employee of the School Board of Miami-Dade County, and had lived on her own and helped to care for her grandchildren in an Atlanta suburb. She was visiting South Florida in April 2015 to depart from Miami for a European cruise when a collision with a pickup truck changed her plans and her life. Her plenary guardian, Stephanie Rohm Quirantes, filed suit on her behalf against Housen, his employer and Castle’s insurer, State Farm Mutual Automobile Insurance Co.

The three-count complaint accuses the contractor and driver of more than a dozen negligent acts, including speeding, failing to yield the right of way and ignoring a stop sign. It alleges negligence by Housen and against Castle — held vicariously liable for its employee’s actions — and one count of bad faith against State Farm.

Rohm was a passenger in a Chevrolet Cruze, a compact car belonging to driver Nancy Morgan. They were traveling in a residential neighborhood in Pinecrest, driving near the intersection of Southwest 98th Street and 72nd Avenue when when the Cruze crashed with Housen’s pickup truck. The intersection was a four-way stop, but both sides presented evidence at trial to show the other party never braked.

The jury would later assign Morgan 5 percent of the blame for the accident.

Housen crashed into the passenger side of Morgan’s vehicle. Moss said the force of the impact with the passenger door caused Rohm’s brain to move within her skull, leaving her with long-term memory loss and weakness on one side of her body.

The parties disputed Housen’s speed at the time of the accident, and whether he was at fault, a hurdle for the lawyers because their client struggled to remember the details.

“The only one with any memory of the accident was the defendant,” Hannon said. “And, of course, he said he wasn’t speeding and he stopped at the stop sign.”

This prompted the plaintiff’s lawyers to retain engineering experts to perform an accident reconstruction analysis.

The expert found Housen’s pickup truck was traveling at about 50 mph, well above the 30-mph speed limit, and had ignored the stop sign. He determined Housen could not have achieved that speed quickly enough to hit the other vehicle in the short distance between them at the four-way stop.

“The defendant had initially said that he stopped, but the evidence was contrary at trial,” Moss said. “At trial, he changed his testimony and conceded that he did go through the stop sign, but at 30 mph, the speed limit.”

Hannon said the driver’s admission came “only after the engineers proved that there was no way possible that he could have stopped. But he still refused to admit that he was speeding.”

James Clark and Robert Coulombe Jr., of Clark Robb Mason Coulombe & Buschman in Miami, represented the defendants. They filed a motion for a new trial and/or remittitur, which would throw out or reduce the jury verdict. They argued the jury’s award for damages for future medical care contradicted the law, and that the verdict was contrary to the weight of evidence presented at trial.

“Plaintiffs’ counsel objections to improper statements to the jury on final argument were highly prejudicial and inflammatory, depriving the defendant of a fair trial,” Clark wrote in the motion filed Nov. 9.

The case is pending before Miami-Dade Circuit Judge Antonio Arzola.