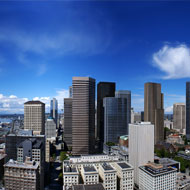 Motel staff refused help to a woman who was locked out of her room, the lawsuit alleged. She was murdered moments later.

Yaimi Guevara Machado as a little girl and a security camera image of her trying to get access to hotel room before her murder.

The owners of the Chesapeake Motel in Hialeah must pay $12 million to the parents of a woman who was killed shortly after she allegedly asked staff for help.

A Miami-Dade jury on Friday found The Waves of Hialeah Inc.’s negligence caused Yaimi Guevara Machado’s 2016 death, assigning no fault to the victim.

Her parents, Julia Machado and Rafael Guevara, claimed the 30-year-old asked the Chesapeake Motel’s staff for help after she was locked out of her room wearing only a bra and jeans.

“They refused,” said a statement from the plaintiffs’ lawyer, Christopher Marlowe of the Haggard Law Firm in Coral Gables. “Moments later, police say, she was beaten to death by Ronald Lopez Andrade, who has been charged with first degree murder.”

The motel’s staff also failed to prevent the attack by serving Andrade alcohol and allowing him to linger on the property even though he wasn’t a guest and after he sought sexual favors from a housekeeper, the plaintiffs alleged. Andrade also allegedly asked staff for help finding a prostitute.

A motel representative declined to comment Monday. The defendant was represented by Daniel Santaniello and Heather Calhoon of Luks, Santaniello, Petrillo & Jones in Miami.

The complaint alleged the motel’s staff knew or should have known the property at 935 W. Okeechobee Road in Hialeah was in a high-crime area, as “numerous violent criminal acts including, but not limited to, shootings, aggravated assaults, batteries, and robberies had occurred on its premises and areas adjacent thereto.”

The case is part of a negligent security niche carved out by the Haggard Law Firm, which files litigation on behalf of crime victims. The firm has won several multimillion-dollar negligent security verdicts and settlements in the past few years, with defendants including apartment complexes, hotels, homeowners associations and businesses such as nightclubs.