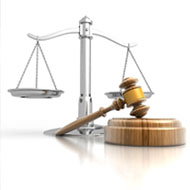 Plaintiffs attorneys successfully argued the personal injury case on behalf of a client who did not attend the trial.

Miami attorneys won a $4.67 million verdict for a victim of a wrong-way collision on Interstate 95, in a case made unusually challenging by the fact that the plaintiff did not attend the trial.

Plaintiff Amanda Fader told her attorneys she did not want to testify before the jury, or even enter the courtroom, because of lasting trauma from the 2012 head-on crash. Fader, then 20, was a passenger in a friend’s Chrysler PT Cruiser when they were hit by a Honda Accord headed the wrong way through Broward County at 3 a.m.

“The first thing she remembers is seeing her friend, who was driving the car, slumped over the steering wheel, not knowing if she was dead or alive,” said Fader’s lead attorney, Brett Rosen of Goldberg & Rosen in Miami.

The PT Cruiser burst into flames. Both friends were rescued and rushed to the hospital along with the driver of the Honda, then-23-year-old Nicole Herrera. No criminal charges were filed against Herrera, Rosen said. The PT Cruiser’s driver, Azayna Hayes, agreed to a pre-suit settlement.

Herrera and her father, the car’s owner, admitted liability and negligence in Fader’s case, which then proceeded to a damages trial in October.

Rosen knew it would be tough to try a case with an “empty-chair plaintiff.” One friend told him, “You better hope the jury likes you!” But Rosen and his colleagues Jocelyn Santana and Mustafa Dandashly knew letting Fader sit out the trial was the right thing to do.

“While the case is important, the case wasn’t so important as to subject her to reliving that experience for the week,” Rosen said.

Nicole and Jorge Herrera attended the October trial before Broward Circuit Judge Carol-Lisa Phillips, but they did not testify. Counsel for both parties told the story of the crash through photos, medical records, and testimony from doctors, police and experts.

Defense attorneys Kenneth Carman and Anthony Gonzales of Carman, Beauchamp, Sang & Gonzales in Deerfield Beach, who did not respond to a request for comment by deadline, argued Fader made a full recovery.

But the Goldberg & Rosen team argued she had permanent physical and psychological injuries.

Everyone was wearing a seatbelt in what easily could have been a fatal collision, according to police. Fader left the scene with a broken jaw and fractured vertebrae, and she needed her intestine repaired, Rosen said.

She will need future medical treatment costing more than $600,000, Rosen said, and the scars on her abdomen and back will stay with her. Fader also has to live with the horrible memory of the crash, which plaintiffs counsel argued was traumatic enough to damage her relationship with her 6-year-old son, who was 1 year old at the time of the crash.

After a defense post-trial motion, the judge ruled Jorge Herrera’s liability is capped at $600,000 as the car’s owner, but Nicole Herrera will be liable for the full $4.67 million.

Rosen’s advice for lawyers aiming to win over a jury that will never get to meet the client?