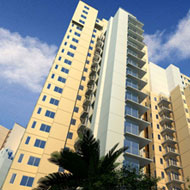 The jury verdict came after years of arguments on an interesting vicarious liability issue.

The Oct. 6 damages verdict came after years of work by plaintiffs attorney Juan Carlos Montes to answer a tricky liability question: When the 19-year-old driver crashed, was he running errands for his family’s business — or just for his family?

If Lazaro E. Sanchez was on the clock for Casablanca Seafood Bar & Grill and the Casablanca Fish Market, the companies would be vicariously liable for any damages he caused when his truck hit pizza delivery driver Julia Padron’s car in 2013.

Padron’s car spun around and one end landed on top of a nearby Mercedes, said Montes, Padron’s lawyer. Ankle, hip and rib injuries from the crash left her using a walker and sometimes a wheelchair, he said.

“She can’t work,” said Montes of Montes & Associates Law Firm in Miramar. “She’s older — she was 59 when the accident happened.”

But if Sanchez was picking up younger relatives from school as he claimed, Padron’s recovery would be limited. Sanchez’s father had already been released from liability as the owner of the truck when the auto insurance provider paid out $100,000 after the crash.

The federal case started in 2015 when Wilshire Insurance Co., which insures one of the family’s restaurants — Casablanca on the Bay — asked for a declaratory judgment finding Sanchez was running personal errands at the time of the crash.

Wilshire argued the young man started out heading to Best Buy to purchase a TV for Casablanca on the Bay, but changed course when a family member asked him to pick up her kids from school, Montes said.

“The initial problem with that story is that this [crash] happened Dec. 23, 2013, and St. Theresa School had been closed since the week before,” Montes said.

The plaintiffs attorney was skeptical and put in “a lot of hours” investigating the family and the route of Sanchez’s car to argue he was either heading back to the restaurant or to Best Buy when he hit Padron.

The case went to its first trial in 2016 to determine whether Sanchez was in the scope of his employment at the time of the crash. A week before the trial, Wilshire paid out its $1 million policy, releasing the Midtown restaurant Casablanca on the Bay.

But the other two Casablanca companies were still in play, and the jury found Sanchez was acting within the scope of his employment for the fish market and as an agent for the seafood restaurant. The case then headed to a second trial on liability and damages for the crash.

The Friday before trial started last month, the two companies conceded they were at least partially liable for the crash. But they still wanted a jury to hear arguments on Padron’s comparative negligence and damages.

The defense said Sanchez was heading east on South Waterway Drive to make a left turn on 67th Avenue, and traffic was backed up about three blocks to Bird Road. Sanchez said he stopped at the stop sign and then a driver in the car next to Padron’s waved him into the intersection, Sanchez said.

“He said he was sitting there for 15 seconds and then my client — boom — ran into him,” Montes said.

But the driver of the car near Padron’s testified she saw Sanchez looking north and not stopping. Once she realized he was going to roll through the stop sign, she hit her brakes and barely missed him, she said.

Montes argued Padron’s view was blocked by that car, with a plaintiffs expert opining by the time Padron saw Sanchez’s truck, she had no time to react. Another driver who saw the crash from a different angle also testified Sanchez never stopped.

Meanwhile, many of the defense expert’s opinions were “gutted” by a Daubert motion Montes filed, he said, and ultimately the expert was not called.

Jurors found Sanchez 100 percent liable for the crash. They awarded Padron $2 million, including about $1.03 million for pain and suffering, $850,000 for medical expenses and assistive care and $120,000 for lost earnings.

Montes said the defendants might be entitled to set-offs based on the previous insurance payouts.

“It wasn’t an easy case,” Montes said. “I think preparation and detailed work and filing things on time and filing the Daubert motion helped us. It was a lot of work.”